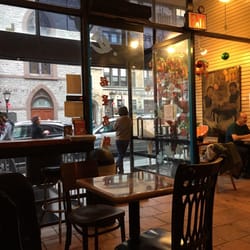 Ireland is often thought of as more of a coffee drinking nation than a tea lover. Large consumption of teas is more of an activity associated with their English neighbours. However that is beginning to change as restaurants and cafes have seen a rise in demand for tea in recent years.

This trend is related to another: a demand for a more diverse and high end number of products to choose from. This trend is most likely associated with the rise in tourism in Ireland. The demand for high quality food and drink has now extended to tea as well.

This means that cafe owners are changing up their stock in order keep up with the wishes of the consumer. The most recent development in this industry is getting tea lovers throughout Ireland excited. One of the most sought after teas in the world has now hit Irish establishments.

This means that those who want to try it will have to act fast in order to avoid disappointment. This type of tea only has a limited amount of stock and due to popularity it is sure to run out in a very swift amount of time. Perhaps it is this limited stock that has further driven demand for it. Customers are flocking to the establishments that serve it. At the same time owners of cafes have recognised how popular the drink is and have raised the prices to an average of two euros more than a regular tea.