Over the past few decades cheese has become one of the highest selling staples foods in Ireland. It is used to make an abundance of dishes. This does not just include the most traditional meals but also internationally created favourites such as lasagne and pizza.

Every two years in Cork the Ballymaloe Grainstore Cheese Awards take place to determine which cheese is the favourite in all of Ireland. The most recent winner is Mount Leinster Coolattin Cheddar. This is produced on an independent farm by dairy expert Tom Burgess.

The question is: what makes this cheese a cut above all the other competitors? There are several reaso 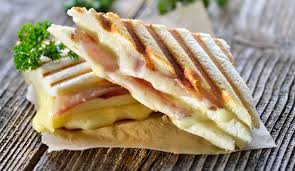 ns for this. The milk that goes into creating this cheddar goes straight into the vat. It does not spend any time in storage. This means that it is as fresh as it possibly can be.

It is also organic and does not require a pasteurization process during its creation. This may be a turn off for some as this process is helpful in killing off harmful bacteria. However, the cheese is well monitored to ensure that it is safe to eat. Over half of the food that Ireland consumes is processed and it appears that this cheese has become popular because the makers reject this practice.

It is no wonder that cheddar has been named the nation’s favourite. It is one of the country’s highest selling dairy products. However this is not the only cheese to have scored big in the competition. Interestingly enough blue cheese was also a big winner.

If tourists find themselves in the North West of Ireland on holiday they will likely see an abundance of blue cheese varieties. Though it is an acquired taste it is well worth seeking out some of the more mature blue cheeses when in the region.