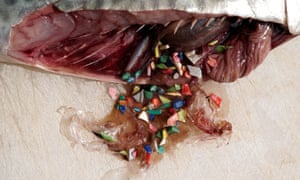 There has been a worrying development in the fishing industry that has far reaching repercussions for consumers throughout Ireland. Micro plastics have been polluting the world’s oceans for many years now. Now scientists have revealed that a large majority of sea life have been consuming this material.

What this means is that the plastics we flush into the sea is returned to us inside the fish we have on our plates. This poses health risks as this plastic becomes part of the food chain and ultimately ends up inside our own human bodies.

There are also recent reports that mussels have been recorded which contain this plastic. It has been estimated that someone who eats this type of food regularly can potentially consume up to 11,000 micro plastic pieces in just one year.

There is some good news however. The majority of fish eaten around the world is filleted and has had its stomach removed. This would be where the majority of the micro plastics would be found. However, this also means that cultures that practice the consumption of whole fish are at much greater risk of ingesting this material.

Fresh fish and seafood is not the only product that has been found to be contaminated. Canned fish have also tested positive for micro plastic particles. So too has sea salt which is estimated to contain on average 600 particles per kilogram.

These products are eaten on a mass scale throughout the entire country of Ireland. Therefore it is important that consumers be aware of the risks involved in eating them. Many of these particles may not be harmful to human body at all and often leave the body before they have the chance to cause any damage. More research however needs to be done on the potential long term exposure effects.